Congratulations Marv Mills, our latest Elite Sportswear Coach of the Week. Below is the email we received from Dathan Thomas, telling us why Marv was so deserving of this award. 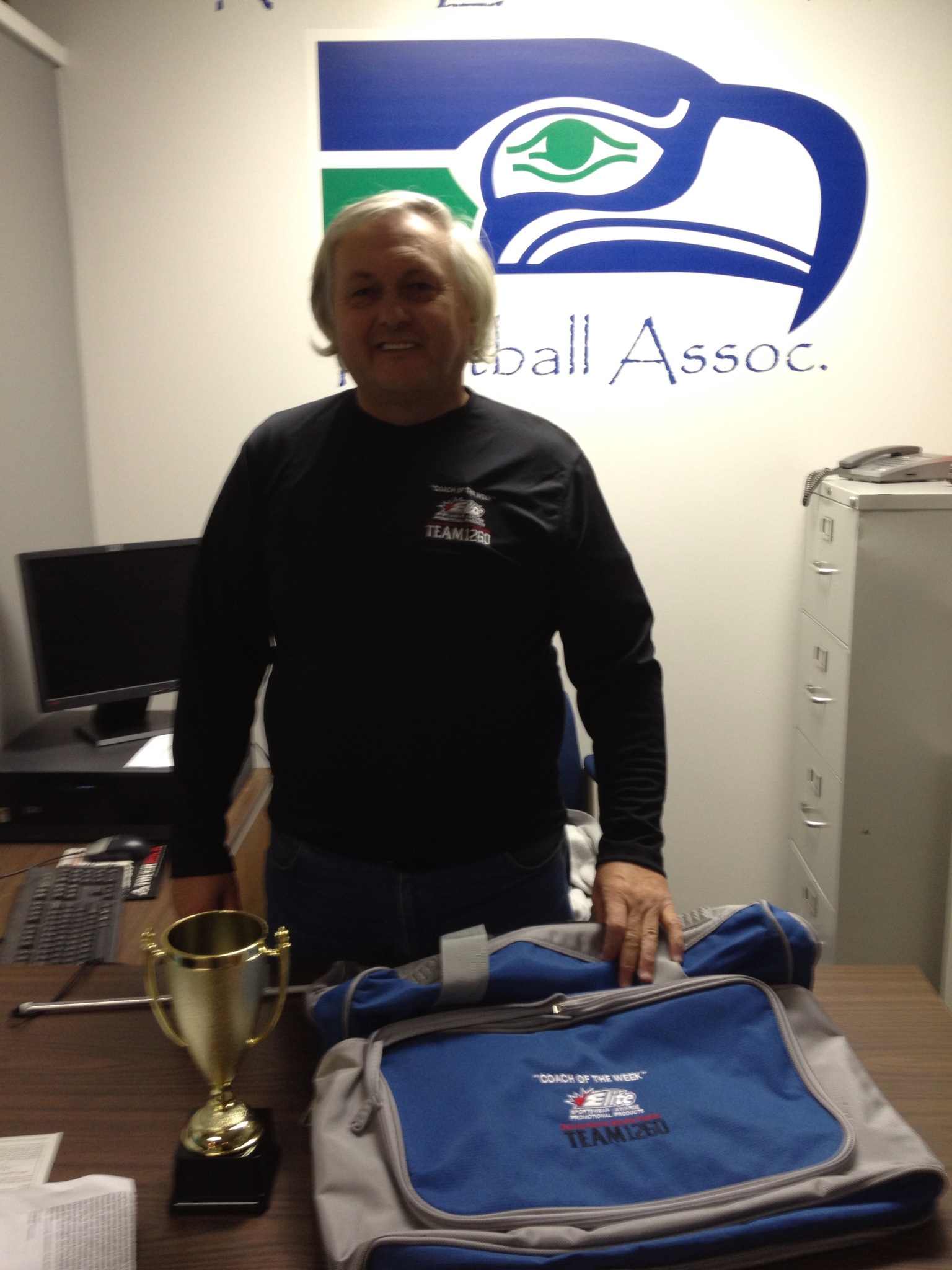 He has coached with the Edmonton Seahawks since 1991. Marv truly cares about the players he is coaching, not just trying to show them how to act on the field but off as well. For him, it isn’t just about giving the ball to the best players and putting up the most points. It is about developing every single player.

Not only is he about developing the players, but he also believes in developing the coaches around him so they are learning as well. He always says, “the moment you think you know everything about football, it is time to get out of the game.”
The players mean a lot to him and if you were to ask him about a player he coached 15 years ago- he could probably tell you that player’s stats, his strengths, his weaknesses. There are people who have played under Marv who went on to CIS and NCAA football.
Respect is also a big part of Marv’s coaching philosophy- having even pulled his own Quarterback son out of games so as not to run up a score.

In 1992, he was the CDMFA Coach of the Year at the Bantam level and received that same title in 1996 at the PeeWee level. in 2005, he was the recipient of the Gary Hobson Memorial Trophy from Football Alberta.

The unique thing about Marv is that he stepped away from coaching a few years ago due to his eyesight. He is now legally blind. This year, the Seahawks were short staffed and the Atom team was in need of a qualified Head Coach. Marv stepped right up to fill the role.
This upcoming weekend, that Atom team will play in a Championship game.

Below is the email we received from Gerry, letting us why Jen was so deserving of this award.

I would like to nominate Jen Rogers of the Sherwood Park U9 Dynamite Ringette team. Jen goes above and beyond when it comes to her love of the game and teaching youngsters the fundamentals. In addition to the countless hours she puts in at the rink, she has even been known to pick up kids from school for parents who can’t get their kid there on time.

Jen’s practices push the girls hard but they always come off the ice with a smile. Jen is a world champion in the sport and understands a strong background in the fundamentals of the game and a passion for it is what takes you to the top